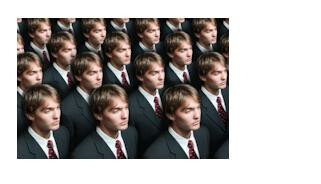 Are You Ready for Cloning?

A human clone could be implanted into a woman's uterus to allow the child to develop and be born. Scientists are generally opposed to this purpose which they call "reproductive" cloning. What researchers really want is to create human clones, allow them to develop for an indefinite period of time, and then destroy them to obtain cells, organs, or tissues. They call this "therapeutic" cloning, even though there is no therapeutic value to the cloned human being.

Human Cloning Exploits and Uses Human Subjects
Human cloning for research purposes involves the massive creation and deliberate destruction of human life. It is ethically wrong to create human subjects for use as commodities, for exploitation, or to achieve some perceived "good" for another human person.

Frozen or New Embryos that are not Cloned Embryos will have a Rejection Factor
There are not enough frozen human embryos available for research to satisfy the "need" envisioned by scientists. Of the estimated 400,000 frozen human embryos in the United States, only 2-3% are potentially available to researchers. Of this 8,000 to 12,000, the thawing and destruction process would only produce around 275 embryonic stem cell lines suitable for research, since the destructive research is extremely inefficient..

In order to meet research demands, some scientists see cloning as desirable because it will give researchers an almost limitless supply of human embryos to be destroyed for use in research. Scientists also desire to mitigate the rejection factor.

Scientists could just create new embryos using in vitro fertilization to increase supply but these embryos will have the same problem as the frozen embryos - the rejection factor.

About the Rejection Factor
A new or frozen human embryo is a unique member of the human family with his or her own genetic makeup or DNA. If embryonic stem cells are put into a different person, there will be a rejection factor the same as if a person receives a transplanted organ from another person. Scientists believe that if they create a clone of a person and use the cells or tissues of the clone to put into a person, the rejection factor will be eliminated. However, there is evidence that embryonic stem cells from cloned embryos will still not avoid transplant rejection.

How Human Clones are Created

Currently, cloning is being attempted in several parts of the country. The process used is called somatic cell nuclear transfer. Scientists take a human egg and hollow out its center. Then the nucleus of a body cell from the person to be cloned, which contains that individual's genetic material, is inserted into the egg. The one-celled cloned embryo is stimulated to grow and develop by applying an electric current or chemicals.

To clone or simply create new human embryos in sufficient numbers, millions of female eggs are needed. Scientists will likely obtain eggs by paying poor women to take drugs, with some significant risk to the women, to stimulate egg production. Scientists estimate that 850 million human eggs would be need from over 85 million women to cure diabetes in the 17 million patients who have this disease.

This concept is so disgusting and degrading that a new campaign called "Hands off our Ovaries" has begun to highlight risks to the health and dignity of women from egg harvesting.

Because of the shortage of human eggs, some scientists have begun creating chimeras which are part animal and part human. To create a chimera human skin cells are put into animal eggs.

Human Cloning has been Banned
Seven states - Arkansas, Iowa, Michigan, North Dakota, Oklahoma, South Dakota and Virginia -- have banned human cloning for any purpose. Laws banning all forms of human cloning are already in effect in over 30 nations, including Germany, France, Norway, Canada and Switzerland. In March of 2005, the General Assembly of the United Nations overwhelmingly urged member states to adopt bans on all forms of human cloning.

A ban on all human cloning was passed by the Wisconsin legislature in 2005 but vetoed by Governor James Doyle.