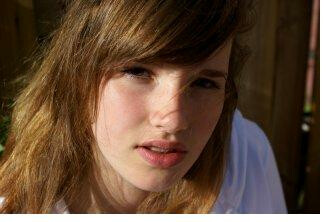 How do these STIs impact women?

Women, especially younger women, are hit hardest by chlamydia. The long-term consequences of untreated disease are much more severe for women. The chlamydia case rate per 100,000 population for females in 2005 was more than three times higher than for males. 4

Chlamydia is a bacterial infection that can easily be cured with antibiotics, but it is usually asymptomatic and often undiagnosed. Untreated, it can cause severe health consequences for women, including pelvic inflammatory disease [PID], ectopic pregnancy and infertility. Up to 40% of females with untreated chlamydia infections develop PID, and up to 20% of those may become infertile. 5

Gonorrhea, the second most commonly reported STI, has remained stable over the last 10 years. As with chlamydia, gonorrhea rates are higher in 15 - 19 year-old females than males the same age. And like chlamydia, gonorrhea affects minority populations more than the white population. Similar to previous years, blacks have rates 19.1 times higher than whites. Rates among Hispanics were 2 times greater than in whites.6

What about other diseases?

There are about 100 types of HPV. Approximately 30 of those are spread through genital contact (typically sexual intercourse). Around 12 - called "low-risk" types of HPV - can cause genital warts. in addition, there are approximately 15 "high-risk" types of HPV that can cause cervical cancer. It is estimated that 80 percent of all women - and 50 percent of men and women combined - will get one or more types of "genital" HPV at some point in their lives.7 The incidence of HPV in the U.S. is significant. More than two million women in the U.S. are infected with the virus annually. Ten thousand women are diagnosed with cervical cancer each year, claiming 4,000 lives.8

Genital Herpes is a common STD throughout the world. The majority of new infections occur in adolescents and young adults...9  1.6 million incident infections have been estimated to occur annually in the U.S., with 56% of these affecting people aged from 12 to 29 years.10

In a word, yes. Sexually active teens are at especially high risk. According to Robert Brown, MD, of Children’s Hospital in Columbus, Ohio, “Adolescents have the highest rates of sexually transmitted diseases of any age group, and when we calculate the rate of STIs among sexually active teens rather than all teens, the numbers are even higher. Every year, approximately three million adolescents in the United States, about one in four, acquire STIs. In one act of unprotected sex, an adolescent woman has a one-percent chance of acquiring HIV [Human Immunodeficiency Virus is a retrovirus that causes Acquired Immunodeficiency Syndrome (AIDS), which is life-threatening and ultimately causes death.] , a 30% chance of getting genital herpes, and a 50% chance of becoming infected with gonorrhea. And when we consider that chlamydia infection occurs about four times more often than gonorrhea, we can see how prevalent this problem is. This is without considering the most common STI, human papilloma virus (HPV) infection, which can be the cause of cancer of a woman’s cervix when she gets older.” 1

We never go "all the way" to intercourse so I can't catch any STDs, right?

Never is a long time. Perhaps you haven't gone "all the way" yet, but if you regularly find yourself in sexual situations, it may only be a matter of time.

Moreover, people get infected even without having intercourse. If you have intimate contact of any kind, it is very likely you will contract a disease, even if you don’t have sex. You can get certain STDs from deep kissing or any contact with body fluids. Young people have the highest rates of STDs.

“…The truth is that oral sex is not as safe as you think. Studies have concluded that infected bodily fluids such as semen and vaginal secretions have high concentrations of HIV and can enter the blood stream through the mucous membranes of the mouth. One such study revealed that in one group of newly infected HIV positive young adults, many reported their only sexual contact was oral sex.” 1

The only foolproof way to stay 100% safe is to have no sexual contact.

If my partner is heterosexual, do I still have to worry about AIDS?

First, remember that every sexual relationship (outside of a faithful marriage) involves extreme risk. Your partner may or may not have told you the truth about past sexual encounters. But one sexual encounter with a person who is HIV/AIDS-positive is all it takes. In this case, what you don't know can kill you.

HIV/AIDS began more than 20 years ago. Initially it was thought that white, homosexual males were the high profile group that “got” AIDS. However, what has been learned in these last years is, “nothing could be further from the truth. …anyone can get HIV, from elderly men and women living in a nursing home to teens planning their next prom….HIV can infect anyone who does not take the proper precautions. Keep this in mind the next time you hear that HIV can’t impact you. Since the epidemic began, over 50,000 teens like yourself have contracted HIV and progressed to AIDS, many of them dying before the age of 20.” 1

The media have called attention to HIV. However, teens are still under the impression that not “going all the way” will protect them. “The incidence of sexually transmitted disease, including HIV, is on the rise among teens. Many of these STDs are for life, meaning there is no cure…” 2

Medications have been developed to help treat HIV but there is still no known cure. People, like you, will die from HIV/AIDS. Your partner may not tell you that he/she is HIV positive, or, they may not know that they have contracted HIV/AIDS, since the incubation period for HIV is about 10 years before it becomes active. “HIV/AIDS are for life and they do kill.” 3

Can't I stay safe if I only have sex with one "special" person?

This thinking sounds appealing but unfortunately, it is full of holes. The only way to be absolutely safe is to remain 100% chaste - having no sex with anyone until after marriage.

If you choose one very "special" person to have sex with before marriage, you may become infected with a Sexually Transmitted Disease. You are also capable of becoming pregnant even if you are using birth control.

Even if your "special" person swears he or she has never had sex with anyone ever before, you have to face the reality that some people lie - especially when it comes to sexual matters. Finding out that you've been lied to is bad enough - but finding out you've been lied to and that you've contracted a disease - that's the worst. In 2006, almost three quarters of HIV/AIDS diagnoses among adolescents and adults were for males. ,,,The largest estimated proportion of HIV/AIDS diagnoses among adults and adolescents were for men who have sex with men, followed by persons infected through high-risk heterosexual contact. 1, 2