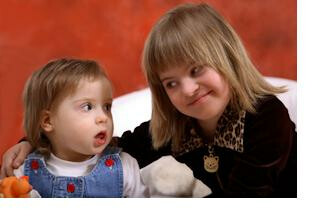 It is a dreaded fear of every parent – to give birth to a child with a disability. It changes the family for a lifetime. Difficult as it is, most parents adapt to the situation and learn to love and care for this precious child as they would one without a disability. For others, death would be better than a life of incapacity and the burden it brings to daily living.

That is why infanticide is being discussed and even practiced in some parts of our country and the world.

Infanticide is the practice of killing a child, usually a newborn, who has a disability. Death is intentionally caused by injection of a lethal substance, obviously without the consent of the patient.

Infanticide can also be a result of refusing treatment for an infant with a disability when that treatment would be readily available for a child without a disability.

Where is infanticide legal? Or being discussed?

Infanticide by lethal injection is prohibited under the general homicide laws of all of the fifty states.

In 1983, a baby boy born in Indiana with Down syndrome was allowed to die. His esophagus was not joined to his stomach, preventing him from processing food. This surgery is routinely performed on infants without disabilities. The little boy died because his parents refused to consent to the surgery. Following this highly publicized case, the U.S. Congress enacted the Child Abuse Amendments of 1984, 42 U.S.C.A. § 5102 to ensure that infants with disabilities receive appropriate treatment.

Since 1998, Professor Peter Singer has held a distinguished position at the University Center for Human Values at Princeton University. Among other controversial views, Singer advocates for allowing parents a 14-day window after the birth of a child to decide if the child should be killed or allowed to live.

United Kingdom
The Royal College of Obstetricians and Gynecologists is asking for permission to directly kill newborns with disabilities. The College cites factors such as whether the baby is wanted by the parents and whether euthanasia will assist parents in careers or having the ability to make a contribution to society. They also argue that euthanasia will cut down on the number of late-term abortions.

North Korea
The North Korean government has been charged with killing infants with disabilities as a means to purify the masses and eliminate those who are "different."

Female Infanticide - Focus: India & China; From Gendercide Watch
Appearing online October 10, 2007 at www.gendercidewatch.org.
Please note: Wisconsin Right to Life has made a concerted good faith effort to obtain permission from the writer of this work. We would be grateful for further information concerning this writer and this work as we have thusfar been unable to obtain a response.